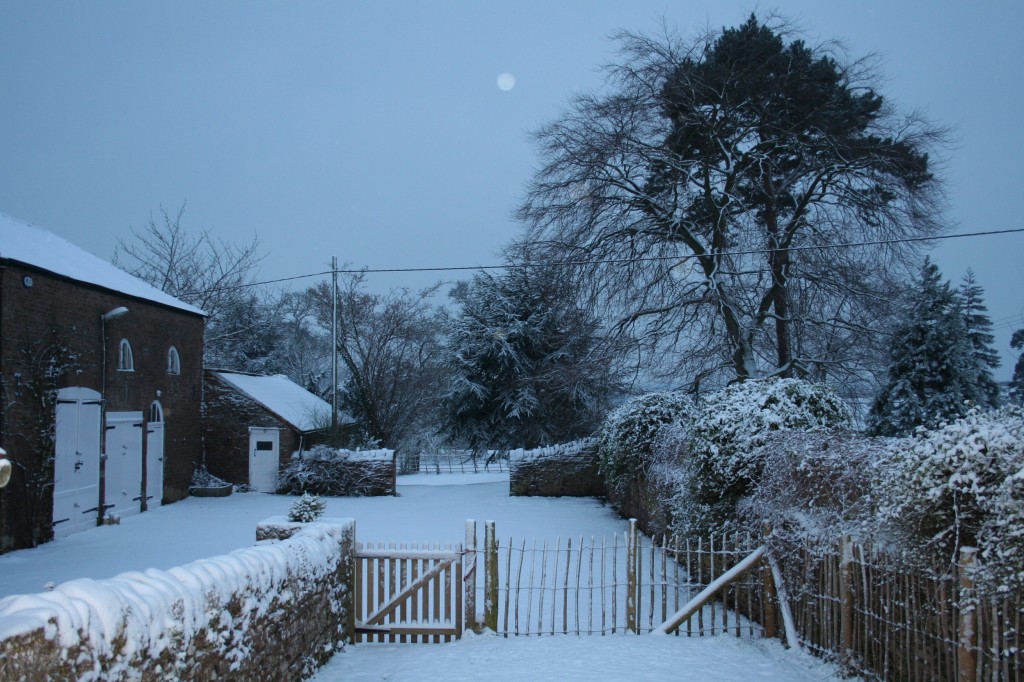 We’ll, we’ve just had a wonderfully snowy week and were lucky enough to enjoy it without having to worry about guests travelling on icy roads. In fact, the timing was very good – all our deliveries had come and we had a week before our first group arrived.

So we just enjoyed being snowed in and went for lovely walks down by the river.  Steve had a fascinating time tracking in the snow the movement of all the rabbits that are currently decimating our bulbs!  We’d put up some barriers to the walled garden and could clearly see where they had tried to get around them.  In fact, it’s a good job everything has thawed as it could have become something of an obsession!  We may just have to stick to daffodils which they don’t seem very keen on…..We mainly stayed cosy up at home but Mel made occasional forays out to the rather parky office to check the phone and emails.

Fortunately, the roads thawed in time for a rare opportunity to get all the staff together in one place.  Because of the part-time nature of the work, we can all be a bit ships-in-the-night, so it was lovely to have an all-day staff meeting up in the facilitator’s flat to be together, talk about things, and share lunch (Steve’s wildly experimental but very good spicy aduki bean shepherd’s pie which was wonderful teamed up with one of Hilary’s home-grown cabbages!).

We now have a new yoga group in this weekend tutored by Suzanne Jevon-Hughston who is a local teacher.  The sun put in its first appearance for a while this morning.  So it was lovely, fresh and bright for their mid morning walk.  Next week we have a group of shamans coming, who have been working at Poulstone for over two decades!!  Some of them come from west Wales in very rural locations so we are hoping that the thaw will continue and they can get to us easily. 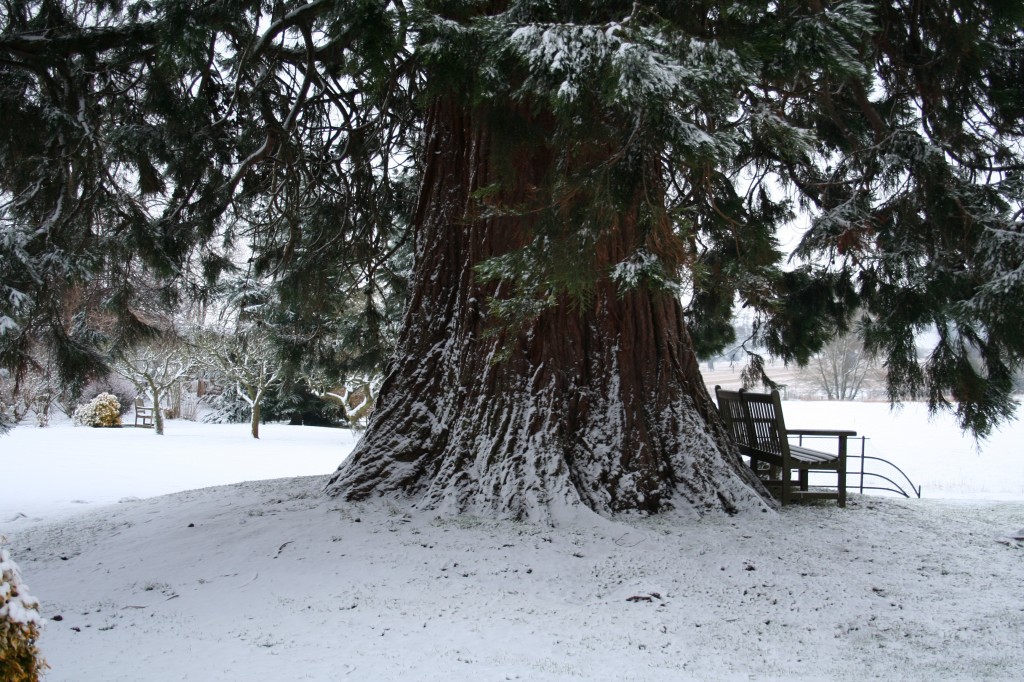