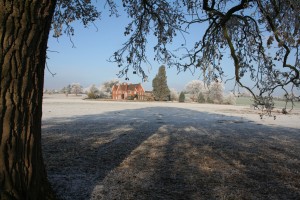 So, last day in the office today (hopefully….!) before we break for Christmas.

We had a lovely pre-Christmas celebration with Hilary, Gail and Gemma.  We met in Hereford at the Cathedral for craft stalls and carols before having lunch and coffee & cakes at the wonderful All Saint’s Cafe in All Saint’s Church.

Later we went and saw  that old Christmas favourite, The Muppet’s Christmas Carol, at The Courtyard Arts Centre Cinema, which got us nicely into the Christmas spirit – the jury is still out over whether Hilary or Mel cried the most over Tiny Tim!!  More tea and cake afterward before we said our end-of-year goodbyes and headed home.  Despite the grey day, it felt a lovely start to the festivities.

From everyone at Poulstone, we wish you a wonderful festive season, however you celebrate it, and a peaceful and happy New Year to come.

We spoke a few posts ago about Barbara Turner-Vesselago’s new book, “The Art of Freefall: Writing without a Parachute”.  To mark the launch of the book, her publishers have a writing competition which anyone can take part in.

So if you’re a budding writer, visit their website at www.valapublishers.coop/freefall-writing-competition.  First prize is a coaching session with Barbara by phone or Skype, a signed copy of her new book when it is published in February and your entry published on-line.

So, if you find yourself looking for a diversion from over-eating and James Bond films over Christmas, get scribbling!!!  Closing date is 12 noon Monday 14th January 2013.

We’ll post the flyer for the book launch in Bristol as soon as we have it. 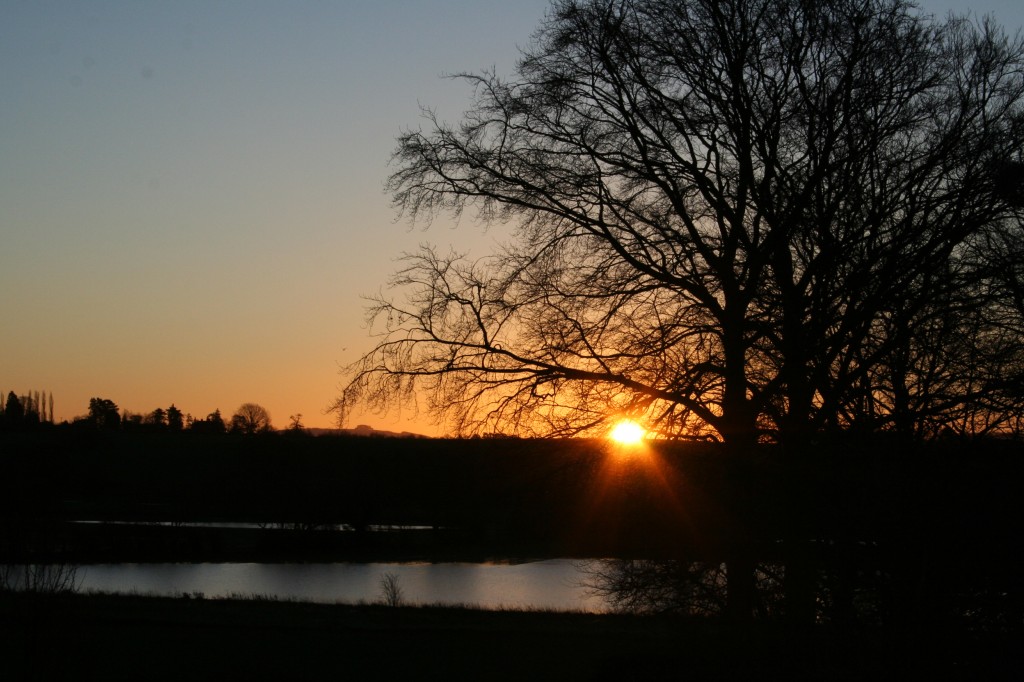 We’ve just hosted a three week silent retreat at Poulstone from mid-November onwards, with meditation teacher Burgs (see www.theartofmeditation.org).  Some of Burgs’ more experienced students came for a seven day silent Vipassana retreat followed by 9 days of continued silent practice with some teacher input.  The final week was a foundation retreat for beginners upwards.  And we were lucky enough to have the opportunity to sit in on the retreat too.

It’s obviously not all bliss looking at the (mainly unwholesome) contents of one’s mind over a prolonged period (!) but everyone felt they benefited hugely from the retreat.

Particularly over the Vipassana period, there’s been a lovely still atmosphere in the house, very conducive to practice and rest.  We’ve also been treated to some extraordinary sunrises (see above and below)….. 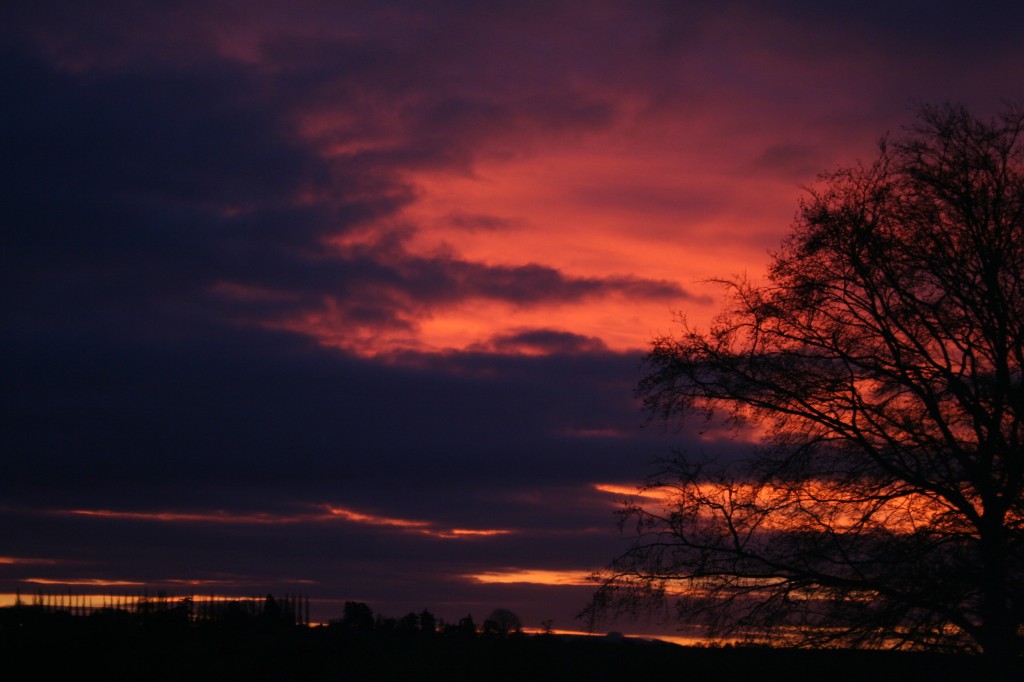 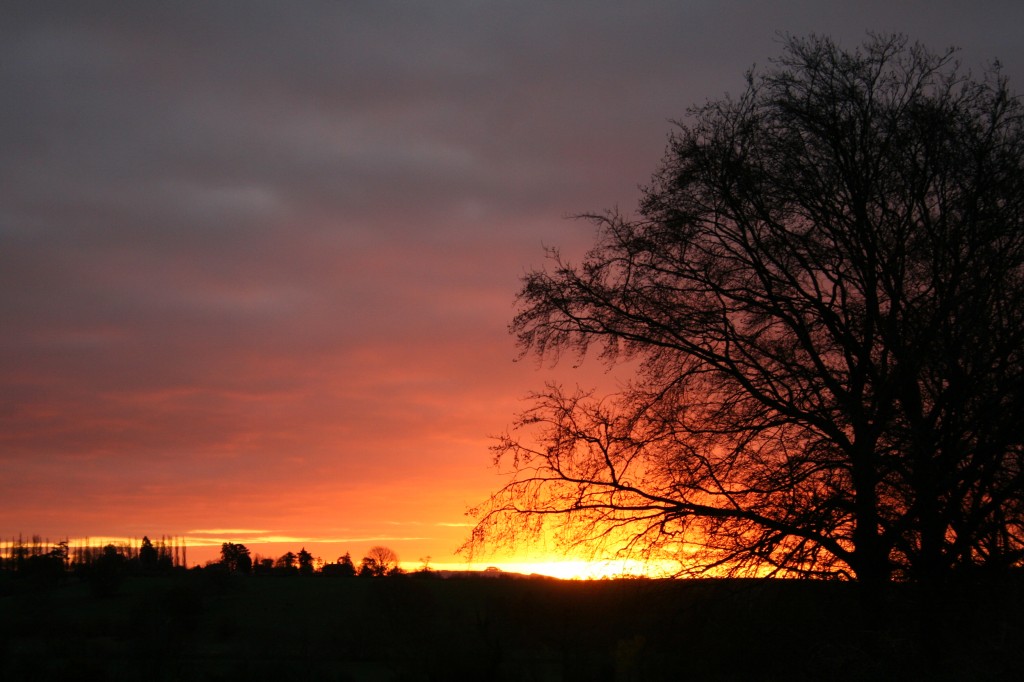 We also have had gales and flooding too.  The Wye burst its banks at the end of November, transforming the landscape.  Unlike some areas of the country, we were very lucky that the floods were only a minor inconvenience here.  In fact, it was rather wonderful not to have to go anywhere or worry about people getting here/being able to leave!  The winds, unfortunately, had their way with the half-constructed greenhouse which we had to take down completely in a high wind!  We’ll try again in the Spring…. 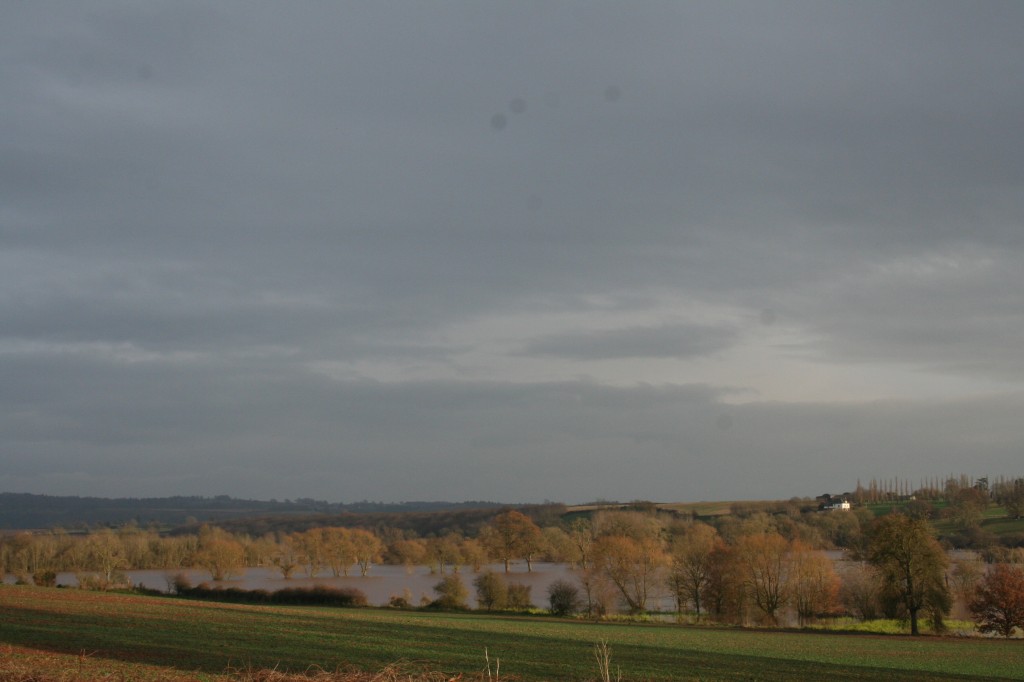 This wasn’t the only thing to test our equanimity after the retreat – the rabbits and squirrels had discovered a rich source of food while we were on retreat – our newly planted Spring bulbs!  We think the flood waters may have driven a lot of the wildlife from the fields into the Poulstone gardens.  Ah well, we were rather disappointed to say the least but we hope some will survive to brighten the Spring months.  The wildlife is part of what makes living and working here so wonderful, so we have to accept these occasional conflicts of interest….!

Anyway, we are back now into the end of year activities – finishing up the admin, washing valances and undercovers, putting the garden to bed for the winter (Gail has been doing lots of raking and cutting back over the last couple of weeks).  It’s nice to be working quietly at our own pace and it feels very peaceful here as we enter the darkest part of the year…..

Anyway, we hope you’re enjoying your approach to the festivities x 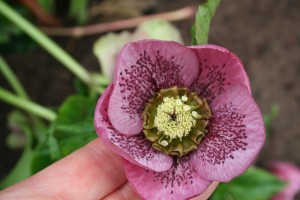 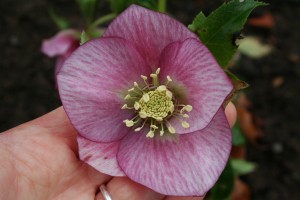