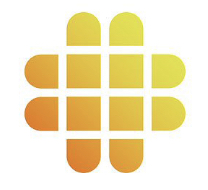 Meditation has become a generic term used in a variety of ways which includes philosophical inquiry, contemplation, prayer and so on. There are various types of meditative practices. Some defined by their heritage of which, Tao, Jain, Sufi and Buddhist are examples. And others even describe activities such as swimming, running, working hard at a task as meditative.

The word meditation has entered into common parlour usage but in the tradition of the Himalayan Masters it has a specific meaning.

The system of meditation in the tradition of the Himalayan Masters gently peels away the layers that cover our own reality. This is done through training the Mind by initially creating mental grooves, known as “samskaras” or mental habits, conducive to moving inwards. In this way the Mind is made a tool in which it assists in the process of its own unfoldment. One learns to appreciate the subtleties to and of the Mind in this journey of its own self discovery. This unfoldment of the Mind opens up an existence of an awareness that moves from its engagement with the external world of senses to the internal world of Mind. The journey of this awareness is the Royal Path.

The Royal Path finds its roots in the tradition of the Himalayan Masters. Its heritage is rooted in India and some of the Masters in the tradition include Kapila the founder of Samkhya philosophy, Narada, the primordial sage, Sanatkumar, Parashurama and Shankacharya. All have been written about extensively. The tradition is non-religious and teaches at its most fundamental, we are already divine we just need to learn to be human and value our humanness.  It is a tradition that stretches many thousands of years and through trial and error, insights have been passed from teacher to student in the caves of those divine Himalayan mountains on the practices and techniques of meditation and the resultant blossoming Mind.

It is these insights that are shared in the teachings of the Royal Path. There are no pre requisites to follow the Royal Path but an intuitive understanding that life offers us all the source material required to enable growth at every level.  In this way one develops determination or sankalpa to journey this path.

The Royal Path is known by a number of names including Raja Yoga, The Eightfold Path or Astanga. It is a system divided into eight steps. The eight steps are sometimes described as rungs of a ladder and as understanding of each rung increases, one climbs to the panoramic view of the beauty that is around you and that is you.

The eight rungs systematically move awareness from the manifest gross to the subtle. The 8th rung, “Samadhi”, is the experience of complete absorption and ultimately, it is the experience with that which exists beyond the fluctuations of the Mind. “Samadhi” is the inherent subliminal consequence of the previous seven rungs. “Samadhi”, is complete absorption where awareness becomes aware of itself and then loses itself into itself. Even remnants of samskaras disappear and the playground of the field of intuition itself, no longer provides an identity.

The 7th rung, “dyana”, is translated as the continuous act of holding focus. Holding focus on a specific task or ideal also accords with the dictionary definition of meditation.

The focus for the Mind during meditation is subject of the 6th rung known as “dharana”, and includes yantra, mantra and breath. Yantra is a visual focus, Mantra is sound articulated in such a way that its vibration has subtle effects in the space that is you and around you. And breath, at a more subtle level than providing oxygen and eliminating gases, is the bridge between the external and the internal. Breath is the direct link to the Mind and by becoming aware of it, one begins to know Mind.

“Pratyahara” is the fifth rung and is translated as sense withdrawal, a moving from the external and beginning the inward journey. Deep relaxation techniques such as yoga nidra fall within this rung where Mind, body and breath quieten and align in preparation for the remaining climb. Pratyahara is the disassociating  of the Mind from the senses and the beginning of the Mind to know it’s own qualities.

Rung four, “Pranayama” relates to breath. More precisely, by becoming aware of breath, one becomes aware of one’s own vital life force. Pranayama is the control of Prana. The breath has a direct relationship with the Mind. When breath is disturbed, the Mind is disturbed. When the Mind is disturbed, the breath is disturbed. Control of breath leads to control of Mind. Breath is a bridge that can be consciously manipulated to calm, focus and understand Mind and it is suffused with a force that also suffuses the Mind. This is the connection between breath and Mind.

Each rung is a spiritual discipline in itself. An example of this is rung three, “asana”, now also known as hatha yoga or for that matter, dyana, where Zen meditation, finds its roots.

The eight rungs of Raja Yoga are explained in Patanjali’s Yoga Sutras. The rungs are not ordered by priority but rather, in a way the Mind can cognize their relevance. The Royal Path in its linear or logical understanding is a progression from the gross to the subtle but with practical experience, one learns they are different facets of the same because of the profound interconnectedness between them.

If it is the management of stress that one seeks or one seeks an inner journey or insights into fundamental questions such as what is truth, who am I, what is the reason for my existence then this systematic approach will hold your hand in this endeavour.

I was told that the precursor to being a good Hindu, Christian, Muslim or whatever is to be a balanced human being.  If thinking is unbalanced then whatever you do will be unbalanced. Meditation will open you up to yourself, to both the perceived negative and positive grooves of the Mind and allow one to see beyond them.

Going beyond the fluctuations of the mind and learning to abide in that which remains is the gift of meditation.  It is a source of strength, joy, compassion and love. It gives perspective, insight and illumination to life.

It literally allows one to experience “being” and gives insight to the idea of a “deva” – a being of light. Illumination brings light and removes the darkness of fear and self-doubt.

This is the Royal Path, illuminate the Mind and Shine.

Overview of Meditation classes at Poulstone Retreat and Meditation Centre 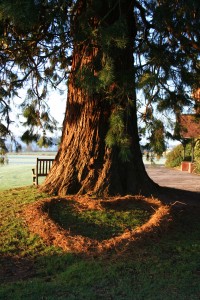 You can learn Meditation at Poulstone Retreat Centre and if you are interested, please let us know.

The Royal Path Series is rooted in the Living Tradition of the Himalayan Masters and consist of 5 classes of 1 hr 15mins duration for each level. There are three levels of classes; A Beginners class, an Intermediate class and Advanced Classes.

Classes will also be available on Zoom platform

The teaching is systematic and spread over 5 classes. The course teaches deep relaxation, the  importance of the sitting position, working with breath, recognising the relationship between Mind and Breath, the meditative focal point for the mind.

There will be discussions in developing concentration and the philosophy of Meditation.

By the end of this course, it is hoped that the student is be able to sit and and enjoy their meditation practice for at least 20 minutes.

The Intermediate Classes: “Being with the Meditative Mind”

The Royal Path Series Intermediate classes requires some experience of Meditation and ideal for those who have completed the beginners classes. The Intermediate classes work on the foundation created in the beginners class and introduces the use of mantra, how to use a  mala,  pranayama techniques for Meditation, fire havan and the practice of Bhuta Shuddhi. By the end of the 5 classes the seeker’s experience of Meditation will be more immersive and these auxiliary practices will further provide an anchor to the practice of Meditation.

Advanced Classes. “Beyond the Meditative Mind”

These classes teach advanced Meditation and Pranayama practices, experiencing and working with  the subtle bodies, fire havan, working with mantras and their evolution through repetition. These classes will assist in the absorption into the practice for significant periods of time.

There is no charge for Advanced classes, although voluntary work at Poulstone is welcomed.

From time to time weekend programmes will also be offered, which include 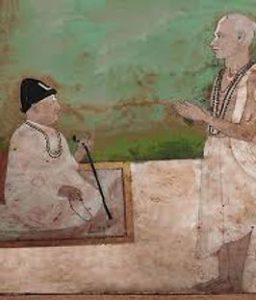 *If you have difficulty paying for classes, voluntary work at Poulstone will be welcomed instead of payment