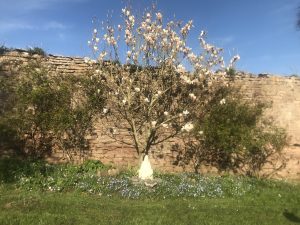 We have been trying to orientate ourselves to what has happened over the last 2 weeks and what is currently happening. What was unimaginable 10 days ago has become a reality.

Living in this reality is going to take a significant amount of
mental and physical adjustment. I spoke yesterday to a friend who was exasperated by what is happening. He told me he just did not know what he was going to do as he has no income and has a family to take care of. Then he told me – he had a small victory today. He mowed his garden. I too was gardening and told my son, Kaushik, this story.

Kaushik told me we should not underestimate the value of small victories. He is a history scholar studying the history of philosophy and explained a debate between Voltaire and Rousseau. Both 18th century philosophers of the Enlightenment Period. Voltaire, in his “Candide”, a book in which the characters compete as to whose suffering is the greatest, concluded  “just cultivate your garden”. Kaushik explained during the Age of Enlightenment, there was a huge sense of optimism about the future of the world but the 1755 Lisbon earthquake killed an estimated 100,000 people. Philosophers started to question this optimism as devastation caused by natural disasters could not be controlled. Voltaire’s answer was, cultivate your garden. Kaushik explained; Voltaire tried to say, do what is within your control rather than making sense of what is happening around you. 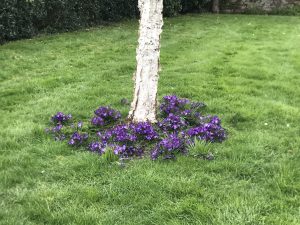 The fact that my friend could garden, is what is important. My friend had a small victory, he, in the words of Voltaire, cultivated his garden. 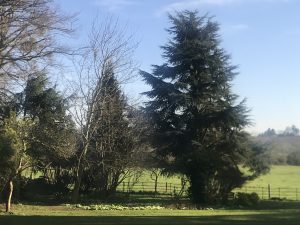 I hope we can all adjust to this evolving reality by doing what we can do. The Director General of the World Health Organisation said that Covid-19 has taken a lot away from us but it has also given us something special, an opportunity to come together as one humanity. My way of adjusting to this new reality will be to include small acts of kindness that are within my control to assist those who need help.

Poulstone Retreat Centre will not be hosting retreats until at least the end of May. We will then have to review the situation. Any retreats booked during this period will be permitted to postpone their retreat to a later available date in our 2020 calendar and deposits will be carried through to the postponed date.

We wish you all well during this time of transition and see you on the other side.

Look after each other.