We’ve had a short break since our last group.  Mel & Steve have been on retreat and Gail’s been away to spend time with family.  And Hilary and Gem have enjoyed a bit of a break from the kitchen too.  We had some high drama last week when a pheasant flew into and through Gail’s sitting room window showering the place with glass.  The pheasant was able to be released and flew away, seemingly with just a few scratches but leaving a trail of devastation behind it (and a rather shocked Gail who had been in the next room!).  Fortunately, we managed to get the window fixed the same day and Mel & Gail spent time painstakingly shaking out throws and rugs and vacuuming every inch of the room for glass.  Anyway, we hope the pheasant survived the shock….x 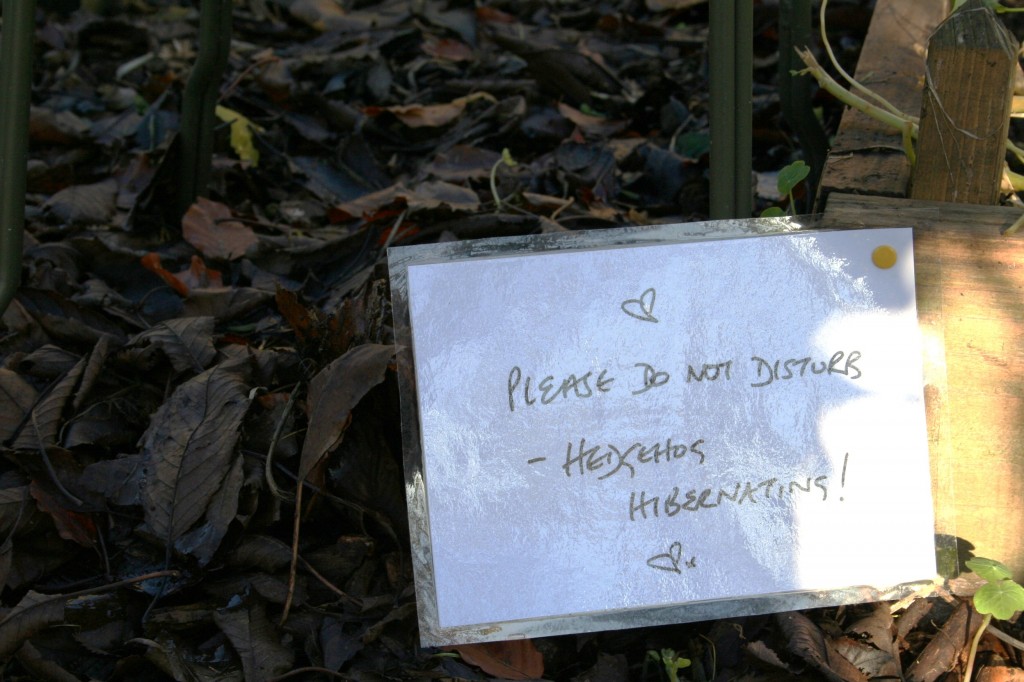 Later the same week, Gail had a slightly more relaxing encounter with wildlife when she discovered a hibernating hedgehog under a mass of nasturtium foliage she was removing from the veg patch whilst we were all out in the garden working.  We could just see its little flank breathing through a gap in the leaves around it.  Mel was raking up leaves nearby and brought over a few good handfuls to keep it warm.  It was right on the path so we put up a sign and put a chair over it and a notice to avoid it being trodden on by unsuspecting guests!  Steve was going to make a little shelter for it this weekend but we see with the warm weather back again, it must have woken up and moved on (hopefully to a more private spot).

There are at least 25 pairs of swans on the field next to Poulstone meadow at the moment, often delighting us with their flight overhead.  Today they seem to have been joined by a flock of geese, apparently co-habiting quite happily. 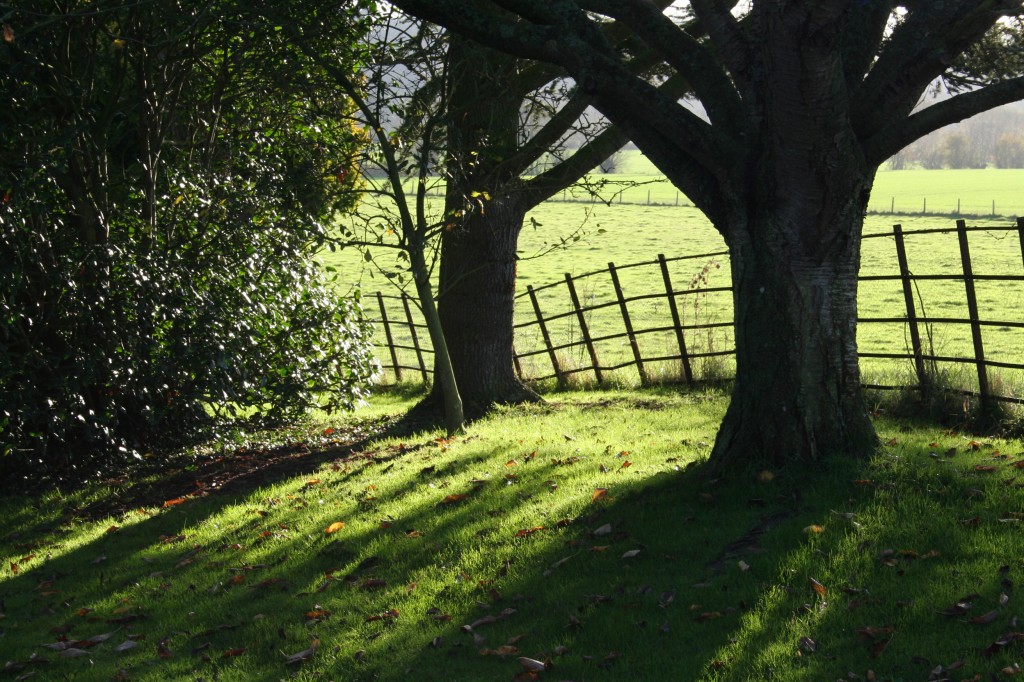 It’s been lovely being out in the garden on these autumn afternoons, especially at dusk.  Today started with teeming rain but now we have golden sunshine making every surface out there shine. We currently have Heart2Heart Events with us (http://heartwisdom.co.uk/events/) who arrived last night on a chilly evening. They are always a pleasure to work with and we enjoy having them in the space. They usually work quite intensively through the weekend but we hope they get some time to take in the late autumn sunshine as well. 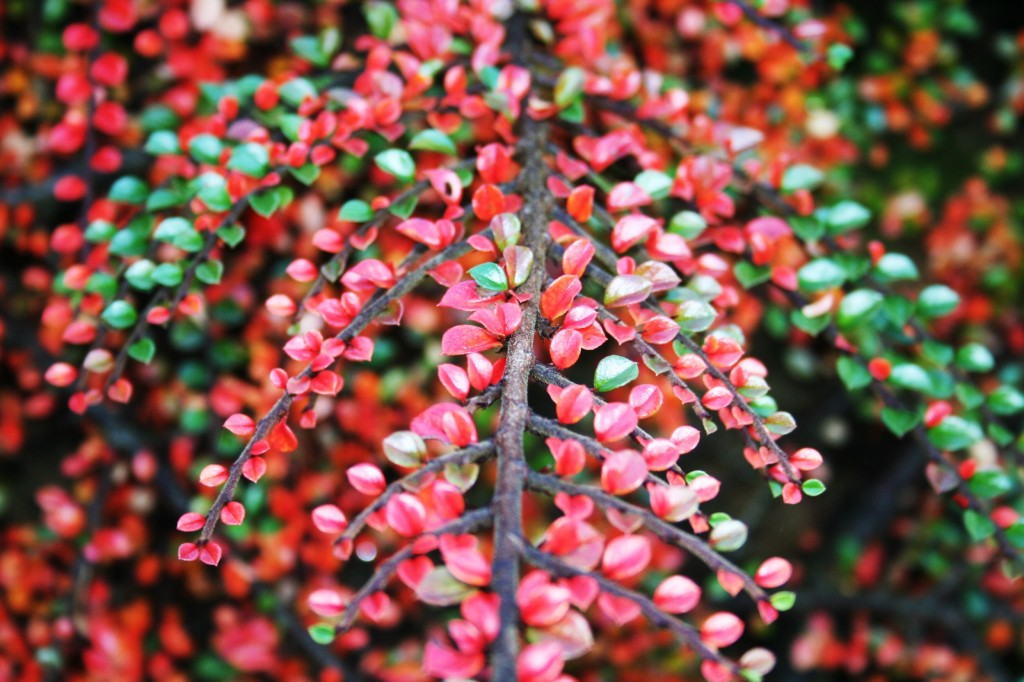 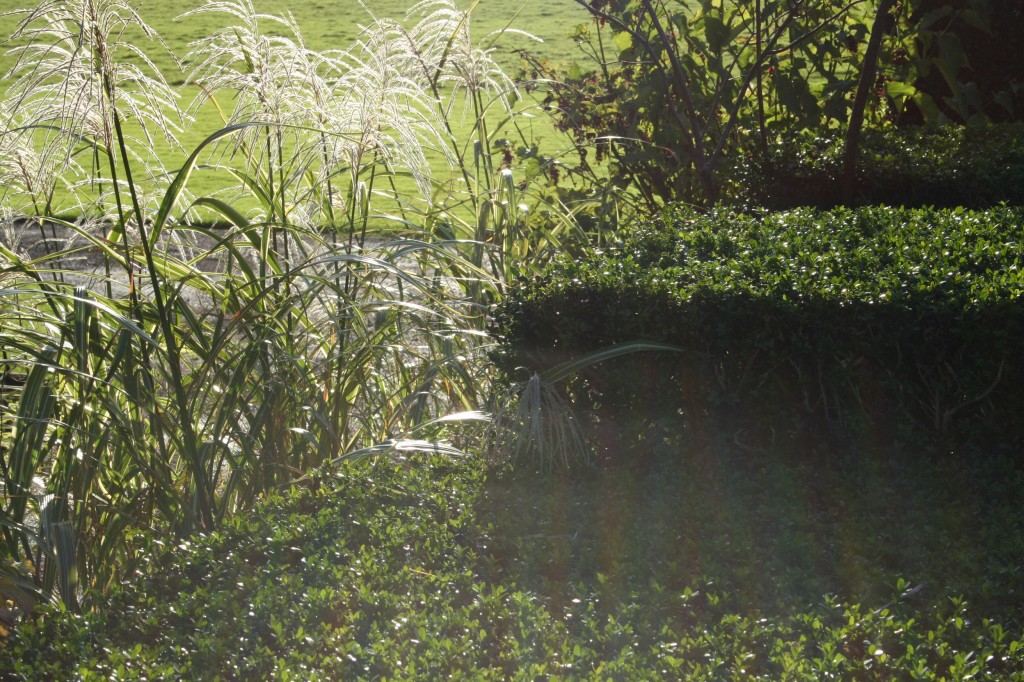 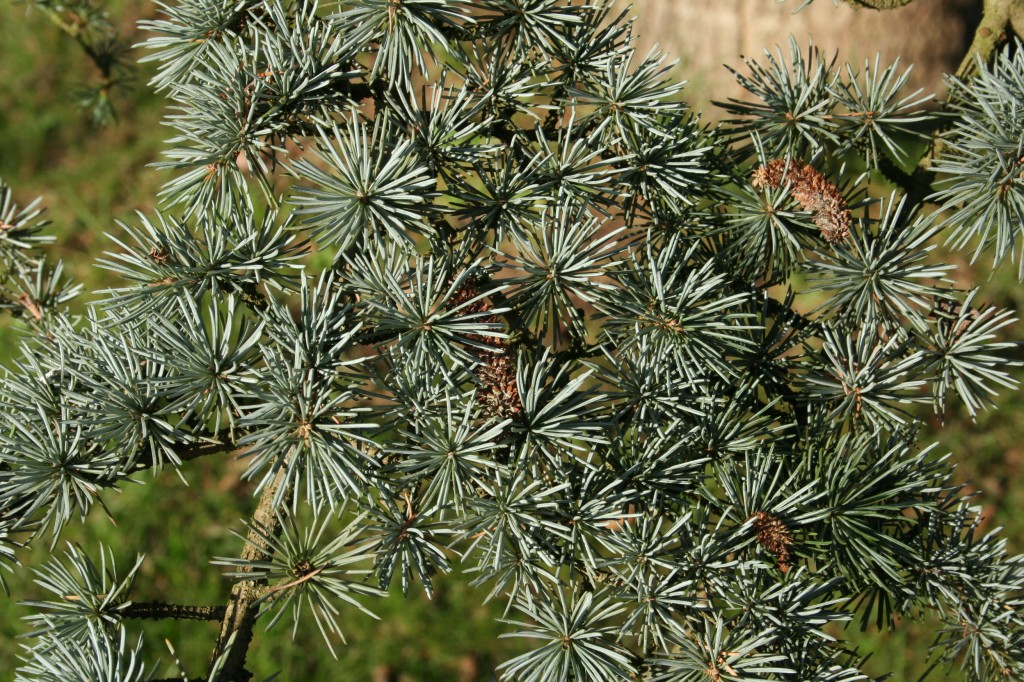 Our minds are turning towards end of year jobs – repairs and a deep clean of areas we don’t always get time for. It feels like a nice gentle wind-down towards the Christmas break with just one more group here before we close for the holidays. 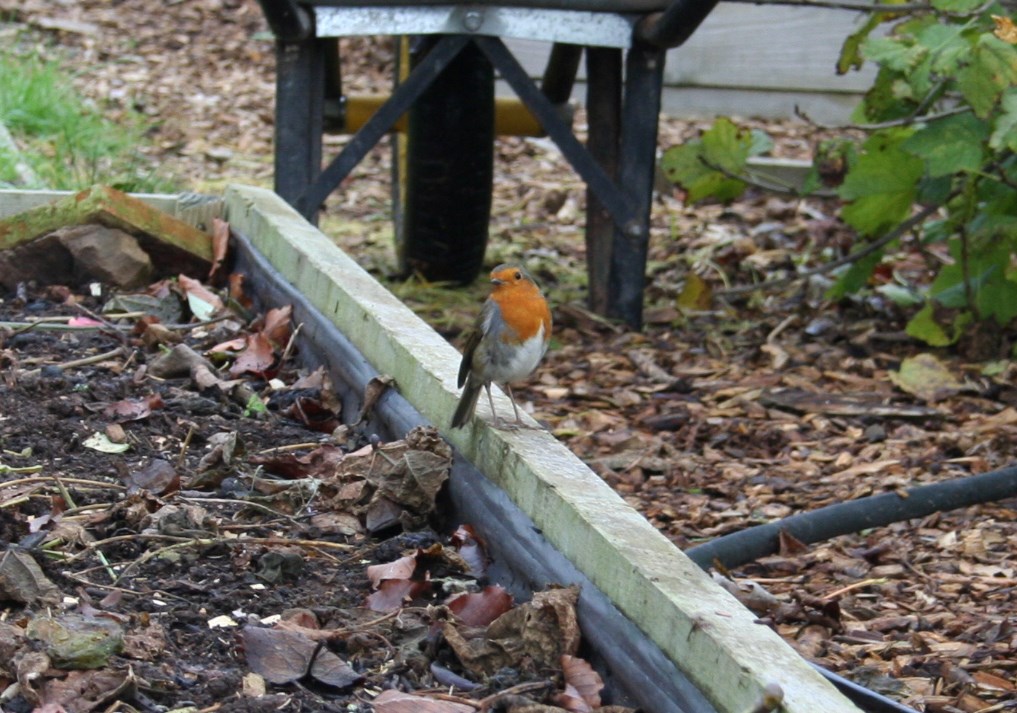 We greatly enjoyed hosting Jonathan Horwitz’s Death, Life and Shamanism course here last week (http://www.shamanism.dk/).  We had a full house for 5 days and two thirds of the group were new to Poulstone so it was very nice meeting more of Jonathan’s students.  They’re a very appreciative bunch and we felt cushioned on a cloud of goodwill all week!  Very lovely.  They make good use of the outside spaces whatever the weather and had a ceremony outside with a fire one evening. Jonathan is trying to travel a bit less these days so we shan’t be seeing them all next year but look forward to their return in 2016 (and hopefully we may get to see them before that if we can make good on invitations to visit Jonathan and his partner Zara in Southern Sweden next year!).

Around the place we are generally doing end of year tidying jobs.  Mel has been potting up geraniums and fuchsias from the hanging baskets to over-winter them and Steve and Dave have been taming the roses against the walls in the walled garden – some were still flowering! 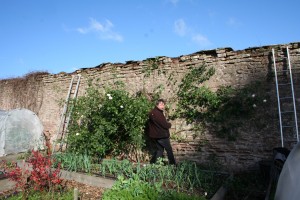 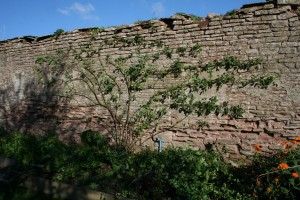 Today Gail and Steve removed our mini tunnels from the veg garden from over the brussels and kale and Gail is clearing out some of the raised beds, getting a final crop of dwarf beans and mange tout into the bargain as she did so.  She was enjoying the company of a robin who was sitting on her bucket hoping for some tasty morsels to be unearthed as she was working. Steve’s finishing off the rose training today under the barn windows and then this afternoon Mel will be escaping the office to rake up some leaves in the back garden and under the Wellingtonia.  It’s a beautiful sunny day today so a good opportunity to get things done and enjoy the fresh air before the forecasted rain tomorrow. 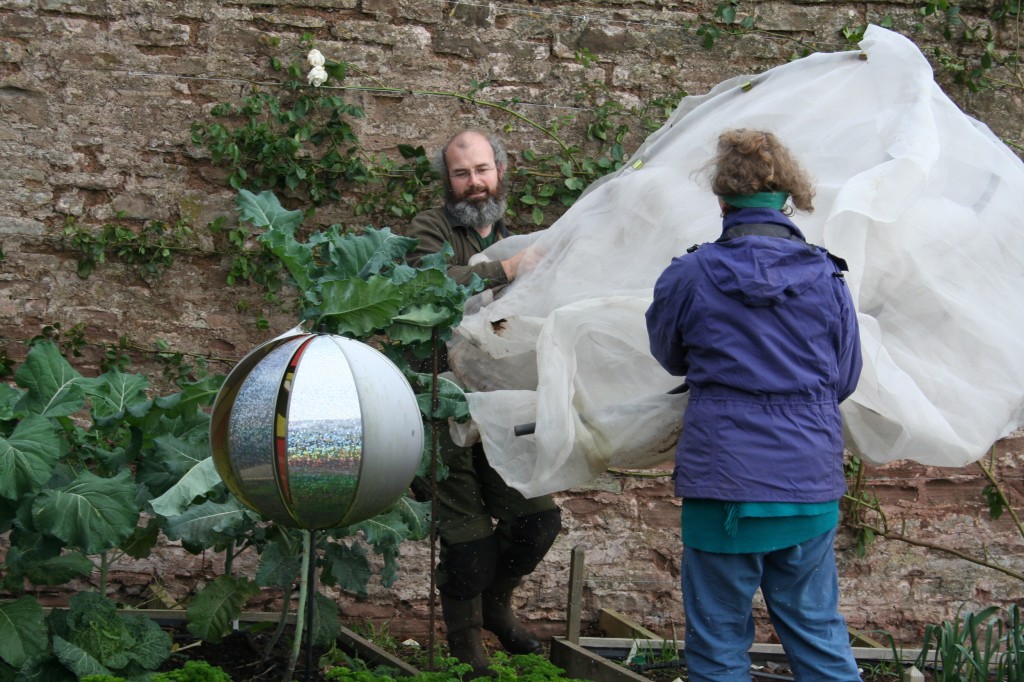 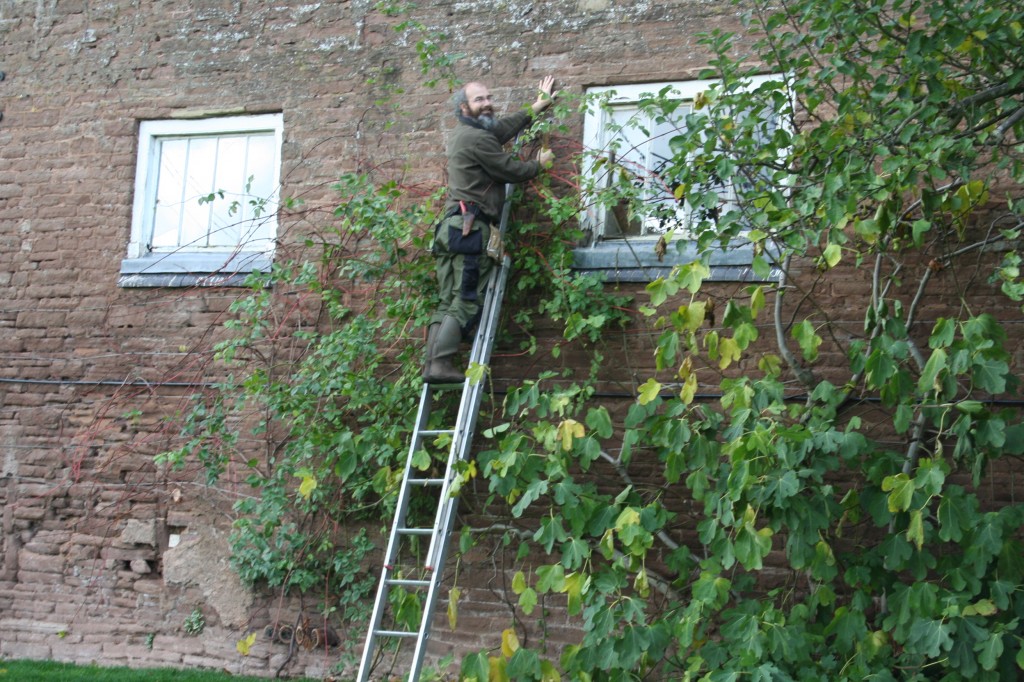 Spectrum Psychotherapy’s Women in the World group are with us this weekend (http://www.spectrumtherapy.co.uk/).  It’s very inspiring to see a peer group like this, many of whom having been working together for decades. We always enjoy the blend of warmth and professionalism they bring to the space (and it’s nice to be round the fun and laughter that is always present when they’re here). Last night we all had a free firework display as the Kings Caple Bonfire Party set off their fireworks a couple of fields a way.  Very noisy but wonderfully vibrant against the night sky!

These evenings have been very clear and as the mist creeps over from the river, there’s an ethereal shroud of moonlit mist around the house and gardens. It’s nice to be out in the garden then and feel the stillness of the space, the delicate rustling of the breeze in the beech trees and see Poulstone looking cosy all lit up at its windows. The turning of the season has its compensations, to be sure.