There are so many Peacock butterflies on the buddleias in the kitchen yard that we couldn’t resist posting this lovely photograph.  She let Mel take several photos before fluttering away. 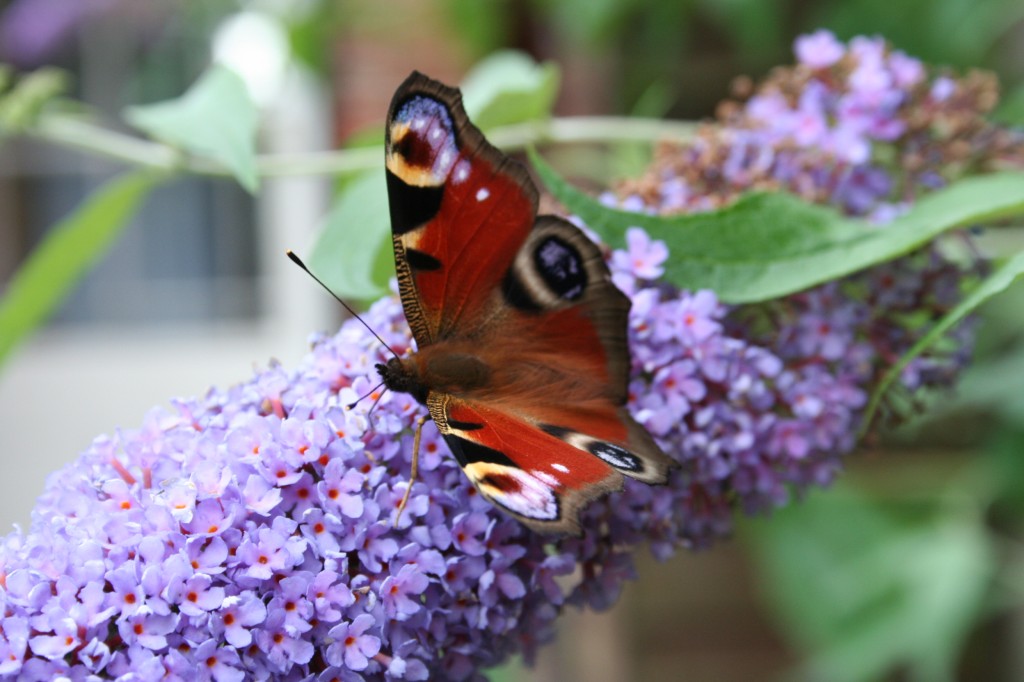