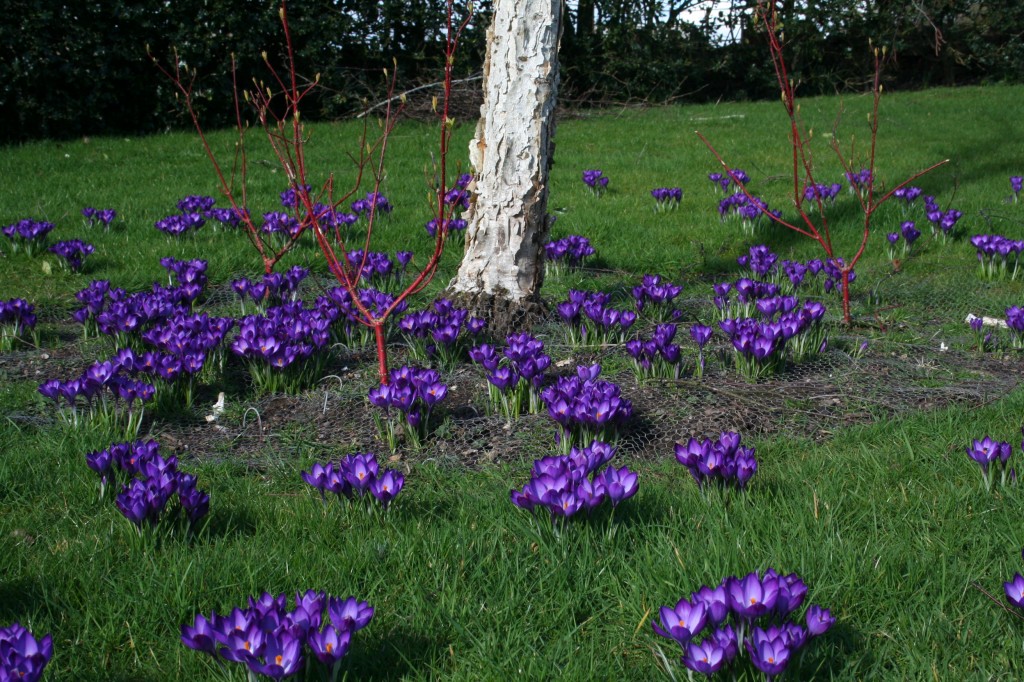 Just when we thought it might be prudent to start building an ark, the waters have receded from Poulstone meadow and we’ve been blessed with several lovely sunny, blue-skied days!  The crocuses, daffs and snowdrops are out in profusion. Also, the swans have suddenly become very active and we noticed as we walked down to work this morning that lots of birds are being tempted out into the sunshine.  There was a very loud squabble of sparrows in the holly hedge as we came by! 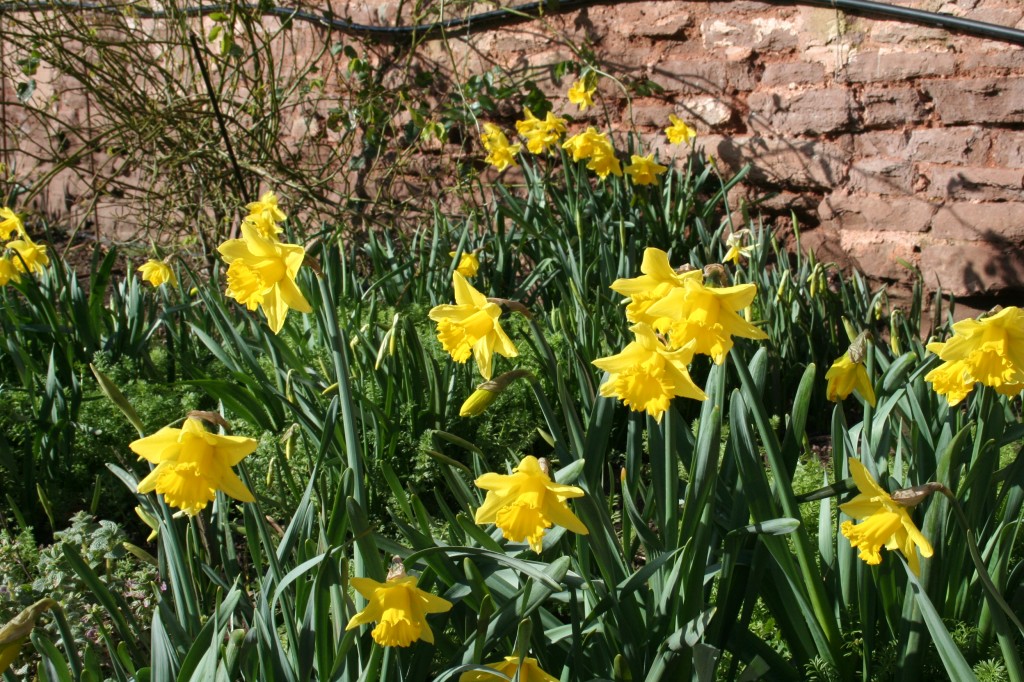 Steve has been able to get out into the garden today with Dave and do some weeding and general tidying up after the storms.  We’ve had a week and a half between groups which has given us an opportunity to do some of the jobs that don’t generally get done when groups are coming through on a rolling basis. 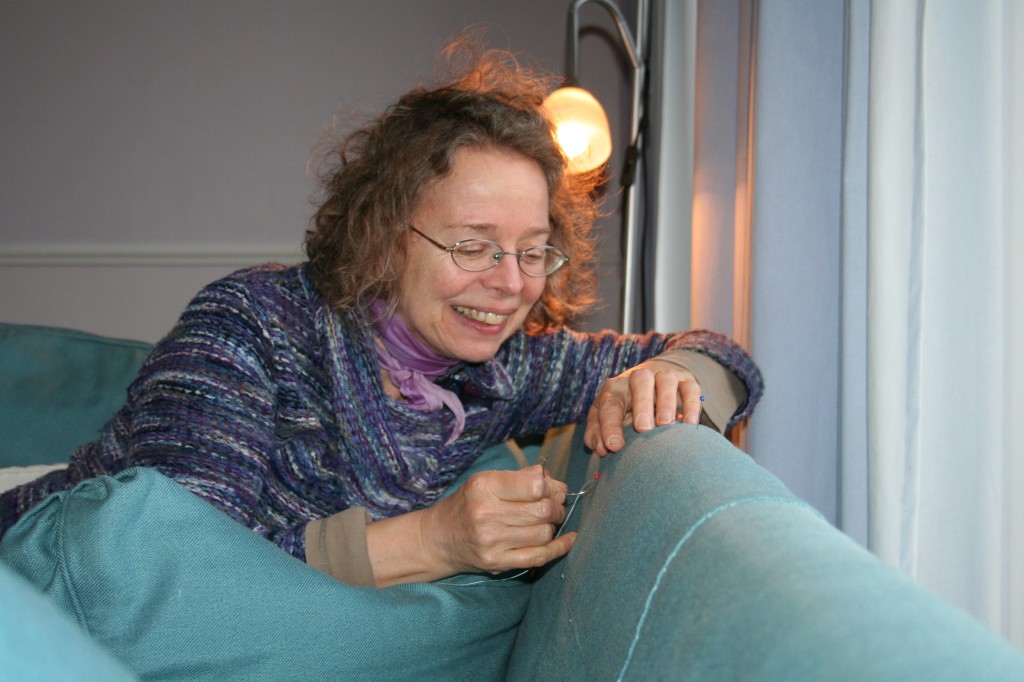 Gail has been mending one of the sofas in the living room which was showing signs of wear and tear and we’ve finally got some beautiful prints framed which were donated by artist Lydia Kiernan (http://www.lydiakiernan.co.uk/).  This one, called “Windswept”, is now gracing the front hallway and we love it!

Following Bristol College of Massage and Bodywork, we have had Poulstone regulars Jan Adamson and Desiree Emery in with their advanced shamanic students.  And we were delighted that our hunch about Jessie’s felted animals proved true – several got snapped up enthusiastically and Jessie now has a list of animals to make which they would be interested in buying.  Yayy!

We were very impressed by the group’s stoical and intrepid approach to the stormy weather they arrived in on the Friday night – hardly a murmer from anyone – impressive; it was a really wild night!

In a couple of days we will be welcoming Burgs (http://theartofmeditation.org/) for a seven day silent meditation retreat which we love having here in the house.  Let’s hope the weather keeps nice and sunny for their stay.

Anyway, that’s all for now.