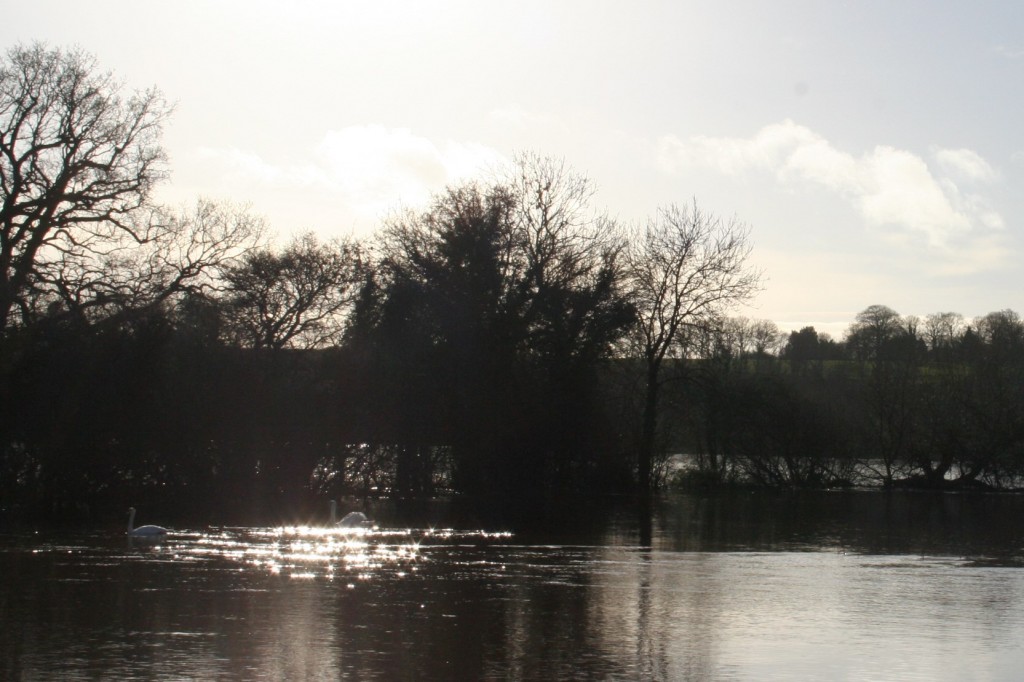 Happy New Year to you all!  We hope you’ve had an enjoyable Christmas – jolly or quiet as you wished?!  Our thoughts were very much with those who experienced flood damage and power cuts over the festive season, as well as those much less fortunate both in the UK and around the world.

The Wye flooded which is usual when we have storms and heavy rainfall and we awoke several days running to a transformed watery landscape which the swans and ducks readily colonised.  The above picture and the ones below are actually the park in front of Poulstone and the field next to it!! With blazing sunshine glittering off the water surface, we had a beautiful walk along Poulstone meadow on Christmas morning. 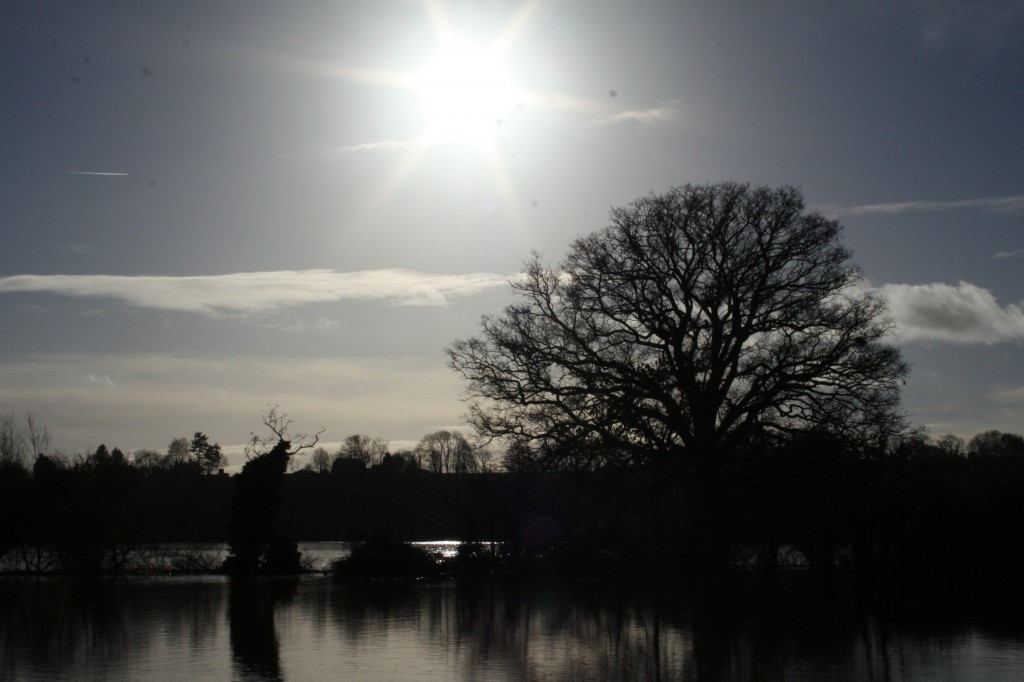 As a New Year resolution to get a bit fitter started to kick in, we took our new bikes out for a road-test and came back happy and mud-splattered, feeling about twelve years old! 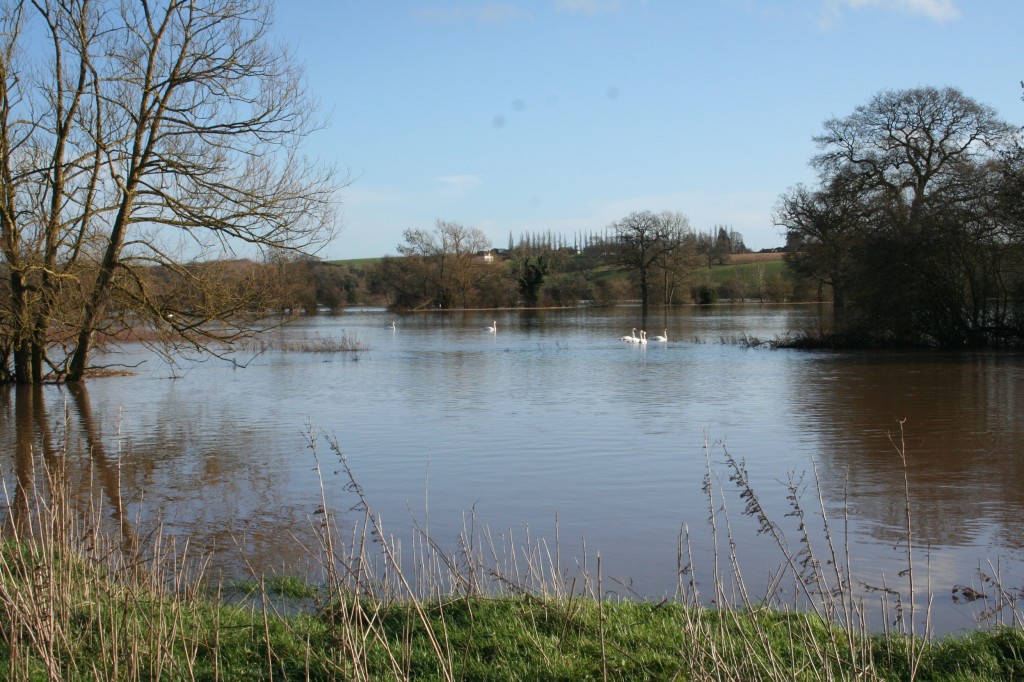 We have another week or so before work really kicks in so we’re enjoying this quiet time before Poulstone gets busy again.  We’re looking forward to meeting up with all the staff prior to work on the 8th for a New Year lunch at All Saints Church in Hereford (a great cafe if you’re ever in Hereford before or after a Poulstone visit: http://www.cafeatallsaints.co.uk/). 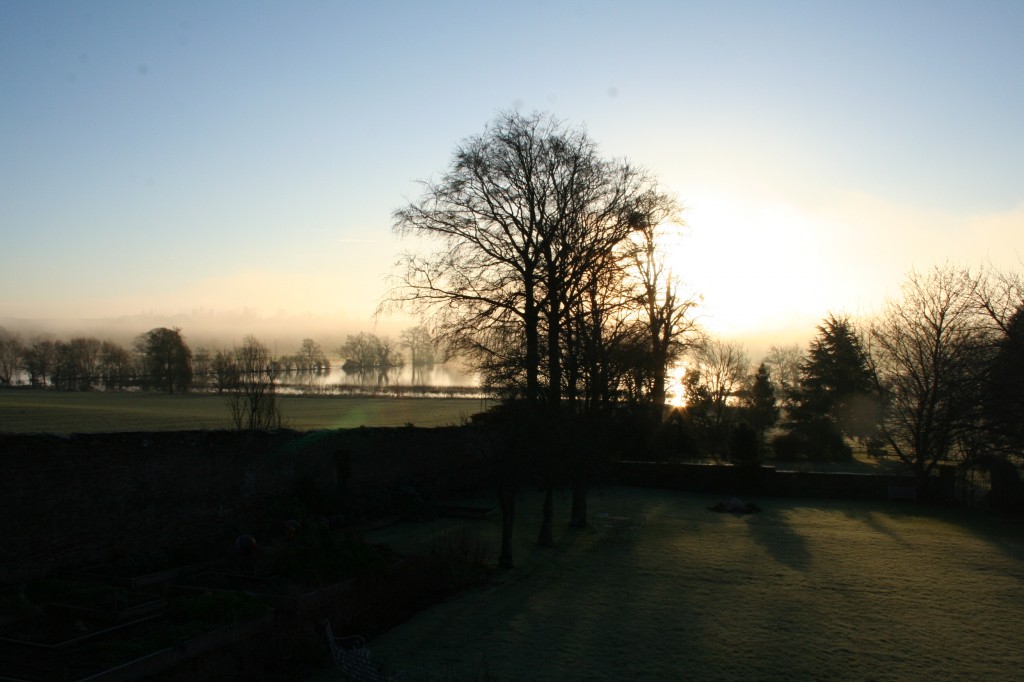