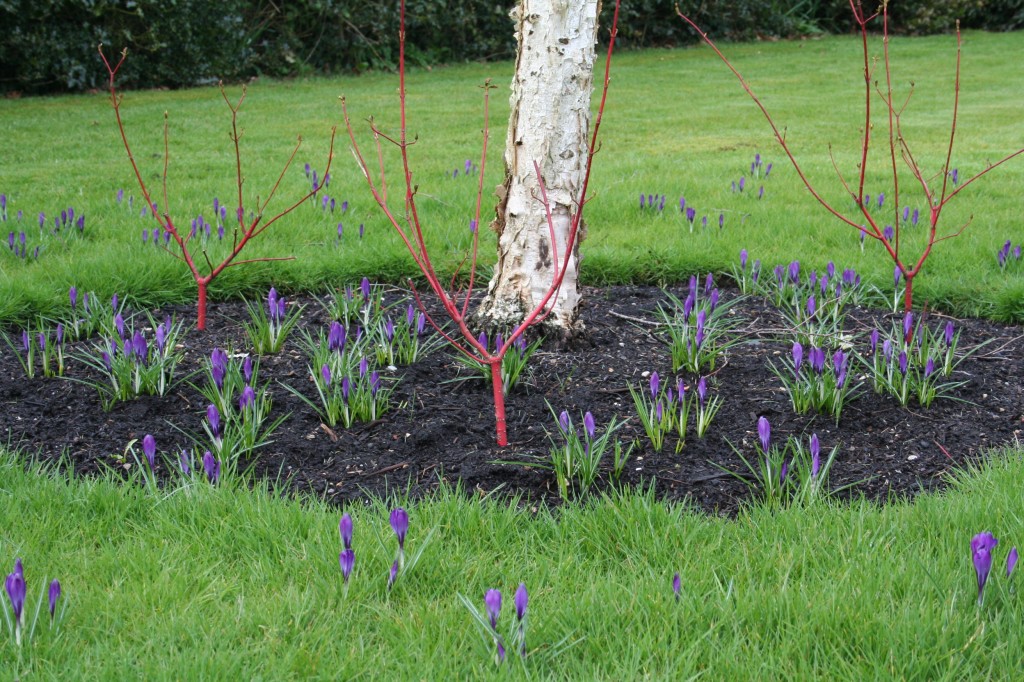 Well, the squirrels did’nt eat all the crocuses!  A sweet little cluster of purple heads have started to appear by the silver birch and dotted into the lawn.  They don’t last long but are a lovely little treat if you take the short cut down past the mulberry tree at the moment.  We currently have a resident pheasant who has so far escaped the camera but he’s clearly enjoying sitting on the garden wall where he’s able to survey things from a good height.  The swans are very active at the moment, flying low over the garden and on to the fields beyond.  I don’t think we could ever get bored with the wonder of them flying overhead.  The other day we were on the bridge over the Wye and five or six flew over us (and one flew under us!) – magical.

There’s a general sense of Spring being in the air.  Mel has been spring-cleaning the office and now has zero-tolerance of anything being dumped in there for repairs or on its eventual way to somewhere else!  Sweet peas and various kinds of veg seed have been sown in pots ready for planting out later in the year.  We’ve also bought some plants for starting to plant up the kitchen yard for this year.  This week Steve and Dave decided the time had come to take down an old and ailing fir tree by the corner of the barn.  It’s been cut fairly high and we plan to grow a clematis through it so it will live on as a piece of natural sculpture.  Mentioning this was really only an excuse to include a picture of Dave in his balaclava – there’s a very brisk wind coming up the valley at the moment! 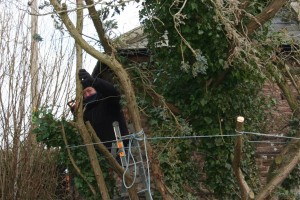 Having said farewell to Manda Scott’s two shamanic groups last week who we loved having in the house, we’re joined this evening by Burgs and his crew for a seven day meditation retreat.  The meditation retreats are wonderful to have here and we hope to be able to sit with them this week.

Anyway, more from us soon!